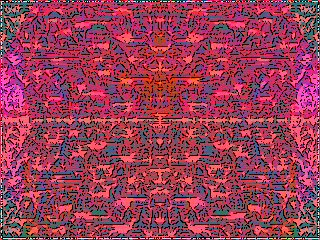 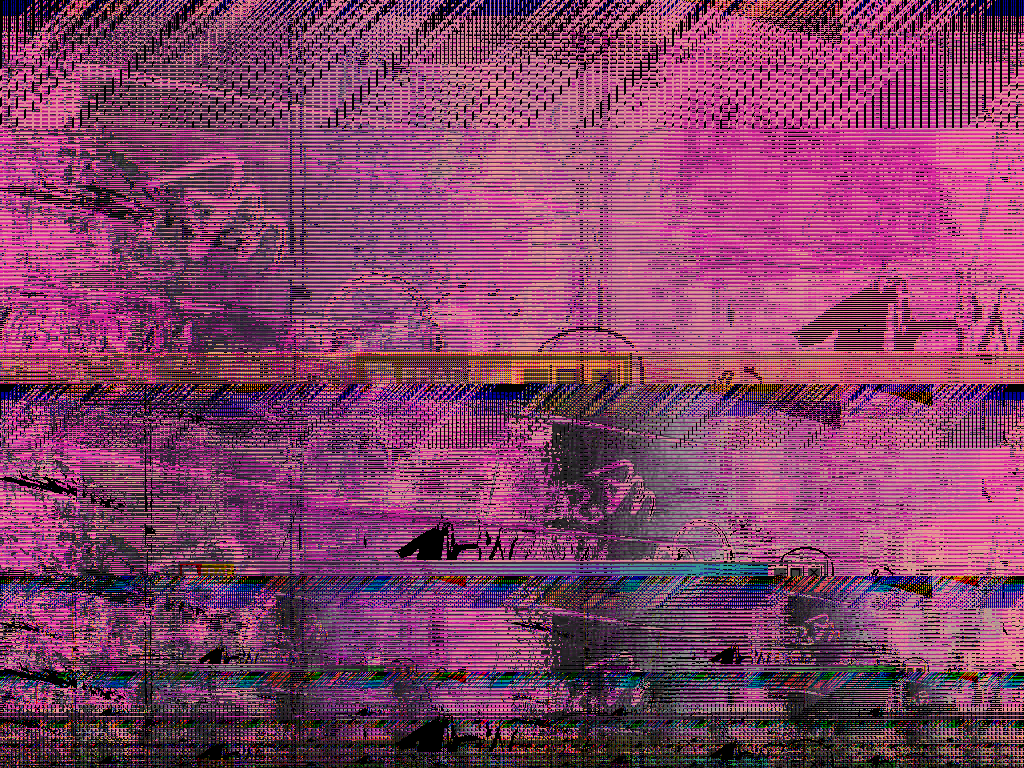 Despite the seeming immateriality of digital representation, it would be difficult to deny that some glitch experimentation has a materialist bent: a desire to explore the raw matter that resides both beneath and at the very surface of digital imagery. Perhaps most notably, glitching exposes the hidden differences between file formats. For example, when broken, a JPEG looks very different from a BMP. JPEGs are fragile and changes tend to be traumatic—it is easy to break a JPEG in a way that will make it fail to draw. BMPs are more stable, with the majority of the file used to hold uncompressed pixel data, which can be altered without affecting neighboring pixels. One of the more popular beginner’s techniques, The WordPad Effect, as documented by Benjamin Berg, will only work on the more stable forms, like BMP.17 But BMPs are indexed color, with a compact color palette referenced by the pixel data throughout the file. If the palette gets scrambled, dreamy sherbet-colored images result. Damaged PNG files, on the other hand, often appear as if an underlying reservoir of source-colors had been “wrung out” of the image, spilling from upper left to lower right. Likewise, TIFFs, DCS-formatted EPSs, and each of the other formats have their own characteristics. Once one becomes familiar with these material properties, it is hard to mistake a broken JPEG for a broken BMP, or even an 8-bit color BMP for a 24-bit one. Experimentation reveals what it takes to break each format and how the errors will manifest. 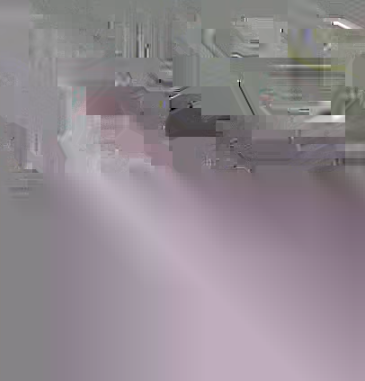 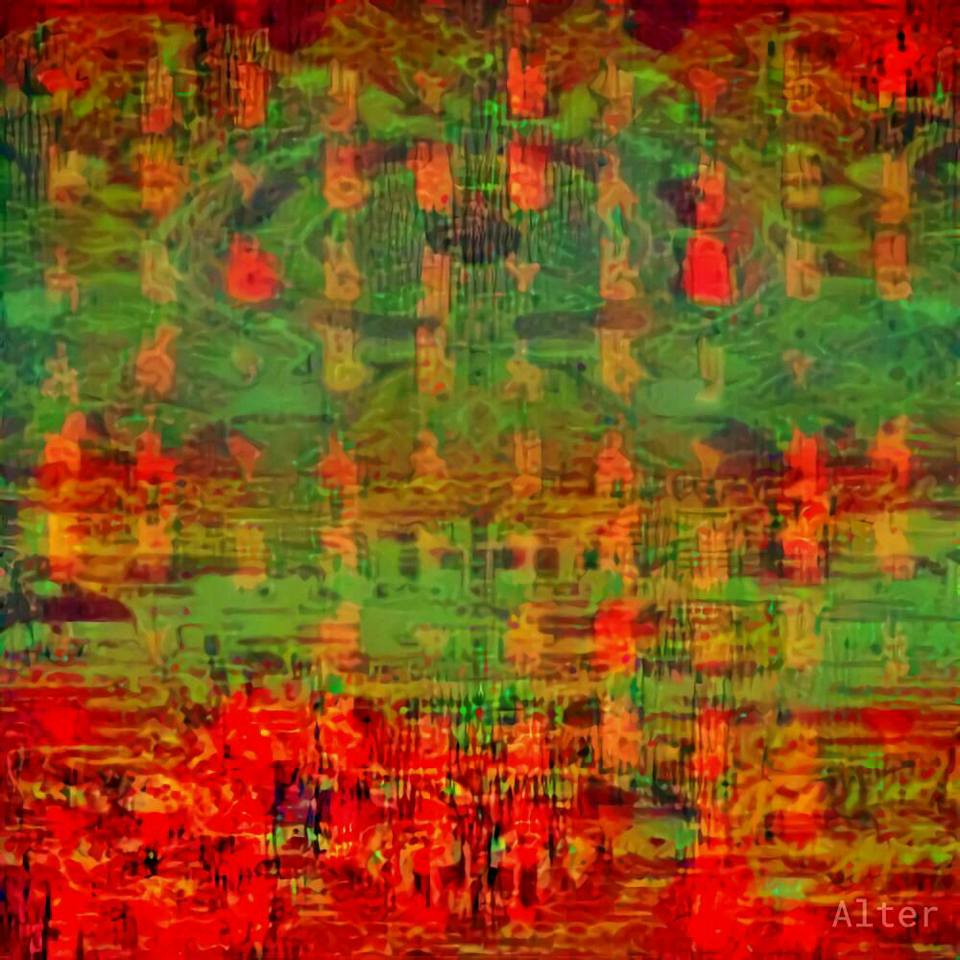